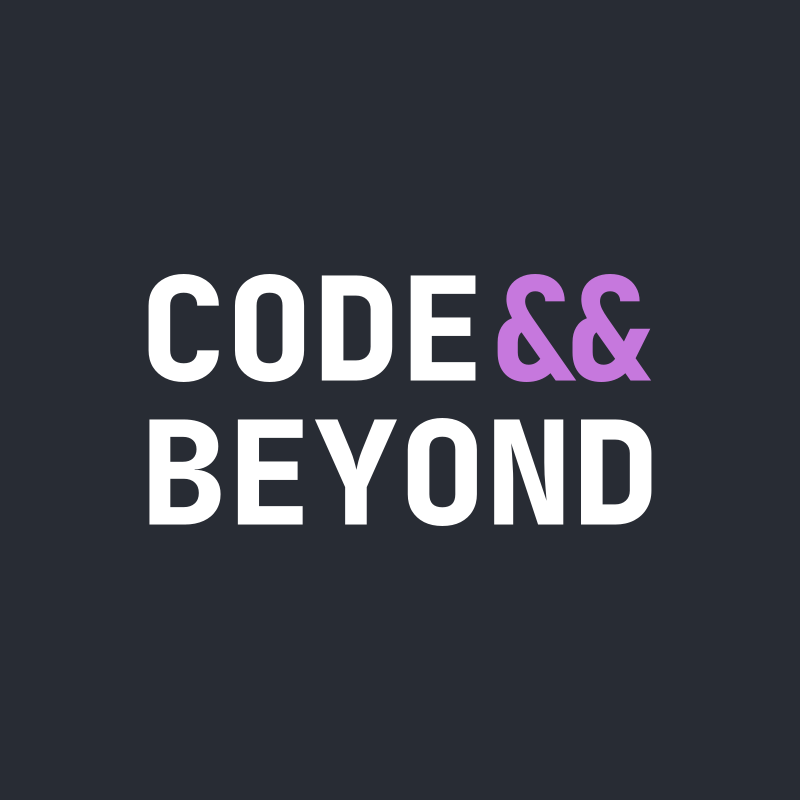 Hello again! It’s been a while since we released an episode. But, after a summer break, we are back on track with new ideas.

In this episode of Code && Beyond, Pablo and Alex are joined by a very special guest: Robyn Farah, a product manager who has been working with technical teams for over 5 years.

Cloud-based software has been a part of our lives for quite some time. So much so, that even some products that currently exist might not have been possible without it. Besides obvious things like apps on our laptops, smartphones and PCs, there are cloud-connected TVs, refrigerators, keyboards and many other gadgets.

This time around, in Code && Beyond, we share our best problem-solving tips and tricks. Listen to what works for us when hitting a roadblock while developing software:

At Code && Beyond, we are not HR experts, far from that, but we have both been onboarded in different companies, as well as helped integrate new developers into the teams we have worked for.

As software engineers, we aren’t limited to just one type of employment. Some prefer to have more flexibility and jump from one project to another focusing on short-term tasks, others value stability and like staying with the company for a long time. We could work as freelancers, consultants, and, of course, full-time employees.

A very special guest joins Alex and Pablo in this episode of Code && Beyond. José Doval (Pepe) could be best described as a chess player and teacher who writes code for a living, two passions that have a lot more in common than one would think.

Where do coding and chess intersect? From machines that play chess to how chess skills can be applied in software engineering, this is an eye-opening discussion that you won’t want to miss.

As software engineers, we rely on a lot of tools: editors,  IDEs, linters, version control, terminal emulators, virtual machines…  Tools we buy, download for free, or build ourselves.

They define – or at least affect – the quality of what we produce. They boost our delivery speed and automate boring tasks but sometimes, we must admit, they also drive us crazy. What is clear is that, by using tools every single day, we have come to depend on them.

In this episode of Code && Beyond, we talk about our favourite tools and try to define how we would build the most effective development environment with them.

Starring a special guest: Juan Ibiapina, who has built one of the most advanced development environments.

On this episode of Code && Beyond, Alex and Pablo welcome a new special guest (and the latter’s namesake): Pablo Hernández. A former geologist, Pablo became a software developer a few years ago.

In this episode of Code && Beyond, Pablo and Alex discuss the topic of quality in software development. How much is “good enough”? How can you maintain the quality of tests in your projects? What tools can be used to automate quality assurance?

In this episode of Code && Beyond, Pablo and Alex touch on the topic of teamwork. What is the optimal size of a team? What kind of challenges are facing many teams? What structure should have an effective team? These and other questions are discussed in this episode.

To celebrate our 20th episode, Code && Beyond welcomed its first-ever guest: Ana Hernández. She helped us explore the topic of search engine optimization or SEO, what software developers should be aware of, how SEO specialists work together with devs and more.

Just like Freddie and David say, no man asks for pressure.  There is no denying that working under pressure with an upcoming deadline in sight is stressful. However, can it also be useful? Perhaps the stress can help push you forward towards the finish line of a project? The truth is that there is no one answer, it all depends on the situation.

In this episode of Code  && Beyond, Pablo and Alex explore different types of pressure while working in software development projects, including the accountability that comes from building in public and the relief of getting rewards for achievements.

In this episode of Code && Beyond, Pablo and Alex share their best tips and tricks to stay focused on the task at hand. Listen as they recount their experiences and discuss focus tools like the Pomodoro Technique, meditation, and even crazy time-tracking in great detail.

Writing tests is like flossing your teeth: everyone agrees it’s great  for your health, but not everyone does it right (or even at all). Nobody  denies that it can sometimes be tricky. It requires time, a good  understanding of the context, and access to the right tools. In this  episode of Code && Beyond, Pablo and Alex delve deep into the  topic of testing in software development, discussing not only why and  how, but also common mistakes, and solutions.

In this episode of Code && Beyond, Pablo and Alex talk about  their experiences with long and short-term planning as software  developers. Also quite unexpectedly featuring some larger topics such as  freedom and how life goals can become distorted once you start chasing someone else’s dreams.

On Code && Beyond, we recently touched  on the hot topic of relational and NoSQL databases. To continue with the  trendy themes, this time Alex and Pablo discuss monolith and  microservice architectures. What are the cons and pros of these approaches? Does it make sense to start with microservices in a greenfield project?

In the 14th episode of Code && Beyond, Pablo and Alex talk about task management. Listen to them discuss their experiences with GTD (Gettings Things Done) with Things and Todoist, Kanban with Trello, pen and paper with Bullet Journal, and Passion Planner.

In this special episode, Pablo and Alex talk about themselves. Learn about their life, their career, their hobbies, and much more.

In the twelfth episode of Code && Beyond, software developers  Pablo and Alex touch on the topic of databases. What’s the difference  between relational and NoSQL databases? What would be a use case for a  graph database? Which database type might be better to choose for a  greenfield project?

The first step on the journey to being more productive is to clear your head using a technique called “brain dump”. The idea is simple: write down your ideas, tasks, and anything else that is taking up space in your brain, either as digital or physical notes.

What changes when you get a new job title? Does it make sense to climb  the career ladder nowadays? Pablo and Alex try to answer these questions  on episode tenth of Code && Beyond as they discuss the topic of  career progression and talk about professional and personal growth in  the field of software development.

In the episode, Pablo and Alex discuss the importance of going out of the comfort zone. Why is it hard to do? How to overcome the fear of leaving the zone of comfort and even extend its borders? All of that and many more with the usual stories from personal experience.

In this week’s episode, we talk about the pros and cons of remote work. Featuring personal stories (including our experience with Google Wave) tools, tips on how to set up a home office, be more productive and communicate more efficiently, and more. Plus, we touch on the tricky question of remote salaries.

This episode is all about the topic of experimentation and exploration. Who doesn’t like to try a new database technology, play with a new framework, or write “Hello, world” in a new programming language? It’s always exciting to play with new shiny things. But how to keep everything under control and get better results in the end?

In this episode, Pablo and Alex touch on the topic of technical interviews. They share personal experiences and opinions on different aspects of conducting an interview and being interviewed.

In this episode, Alex and Pablo talk about epic failures, life-changing successes, and lessons derived from them.

This time Pablo and Alex touch on the topic of the HTTP API design. They share a couple of stories from personal experience and explain what The API Design-First approach is and when it might make sense to follow it.

Productivity is one of the evergreen topics. But what does it even mean to be productive? How to tame procrastination? Does that make sense to worry about that at all?

Vim is a text editor. It’s the same for everyone, and yet everyone has a different story with it.

In this episode Pablo and Alex share their vim-stories, explain why and what they like about the editor, what they wish to see as improvements, and more.

In the very first episode, Pablo and Alex talk about inspirational people and those who guide professional development. It’s is about heroes, mentors, life influencers, and role models.